Every civilization has its heroes. Some are soldiers, politicians, teachers, mentors. And some are documentors. Today we celebrate the heroes of documentation (well, of the last 24 hours anyway).

Firstly we celebrate pycortex, which has maintained a documentation streak not seen since the great Steve McDoccerson back in the late 80s. Way to go pycortex!

We also celebrate the unsung heroes. Not because they do not do amazing work, but because they...do not use Github. Sadly our scrapers aren't working with non-github projects, but that hasn't stopped yt from converting all of their documentation to sphinx-gallery during the docathon.

Finally, we celebrate those who are halfway they - AKA, all of you! We're nearing the end of Day 03 of the first docathon, and I'm amazed at what people have put together already. Truly, you are all the heroes that we deserve.

We are keeping up the pace! Let's keep it going for two more days! 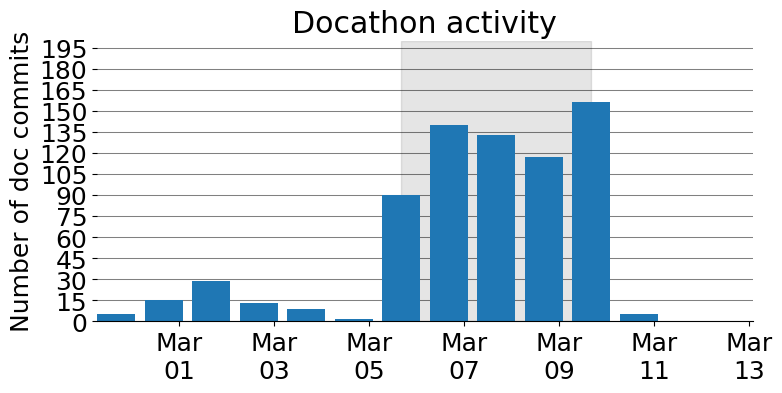 It almost goes without saying at this point, but pycortex has maintained its superhuman documenting pace. Will they ever slow down?! 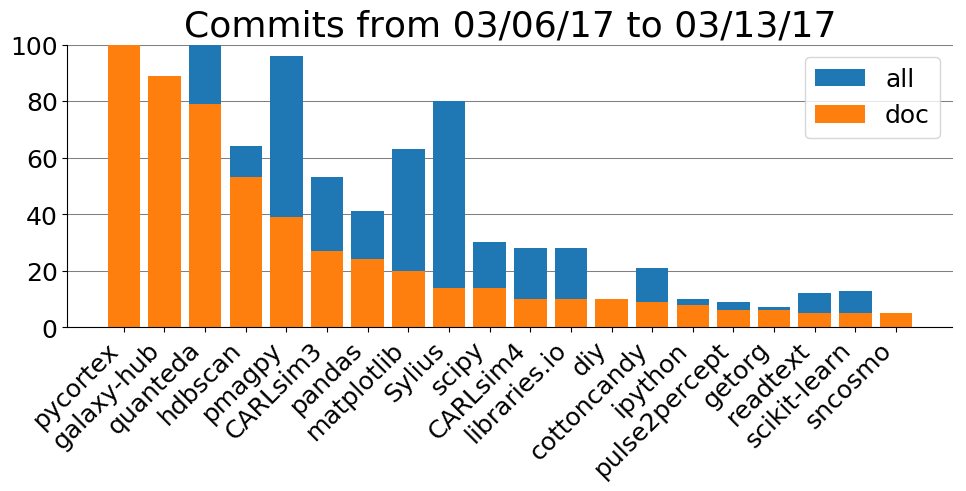 We also wanna give a shout out to matplotlib which is making the noble effort to create a sphinx gallery, as well as quanteda which wins the prize for "awesomest documentation in R package so far" Yeah!

And let's not forget about the users that are making all of this possible. I'm beginning to think some of you are gaming the system ;-) but all is fair game in the world of documentation:

Keep up the momentum as we head into the home stretch of the docathon! And don't forget to get those PRs merged sooner than later, so that they show up on the docaboards. Looking forward to finishing strong and seeing what you all come up with!

Until then, I leave you with our new mascot, the true hero of the day: